This photo shows a Breckenridge home that rents for $5,000 a night on average. The popular website accommodations company has tagged Breckenridge as the most popular ski destination for the 2019-20 ski season based on the company’s data.
Courtesy of VRBO.com

The Summit County resort town consistently ranked among the top destinations in Colorado and the U.S. has just been pinpointed by VRBO.com as “the most popular ski season destination among travelers for the 2018-19 ski season.”

A VRBO spokeswoman said the travel accommodations website won’t reveal how many guest arrivals or booked nights there were for Breckenridge properties, but she confirmed that the town is in higher demand than any other comparable destination for VRBO.com.

Behind Breckenridge was Park City, Utah, followed by Mammoth Lakes, California, in third, according to VRBO’s rankings.

While VRBO won’t release figures on bookings, some of the statistics that it did publicize regarding the short-term rentals in Breckenridge were jaw dropping.

Based on the properties listed with its website, VRBO says vacation-rental homeowners in the Breckenridge area can charge over $3,325 a week renting out their homes at peak times during the ski season.

The spokeswoman said that figure — derived from a $475 nightly rate — was taken on average and does not simply reflect VRBO’s most expensive rentals, which can run up to $5,000 a night in Breckenridge.

The numbers don’t include any of VRBO’s fees, either, the spokeswoman said, adding that the data points should be taken as “ballpark figures” for what homeowners in Breckenridge might charge listing their homes with VRBO.

“What you would actually net is specific to (the situation),” she explained, adding that the company has different working models for homeowners that can affect the owners’ incomes.

But over half of all VRBO owners use that income to cover at least 75 percent of their mortgage payments, said Bill Furlong, vice president of VRBO’s North American business, in a prepared statement.

And statistics like these are the primary reason Breckenridge’s elected leaders have asked town staff to start segregating short-term rentals from the town’s overall lodging category in the monthly sales tax reports.

That request followed Airbnb.com tagging Summit County as the top mountain destination in Colorado last year with 275,300 guest arrivals and $57 million in host income, second in the state to only Denver.

In 2017, Airbnb ranked Breckenridge second in both guest visits and rental income statewide by itself with two other Summit County locales — Keystone and Silverthorne — making the top 10 before Airbnb began lumping all of Summit County together.

Unlike Airbnb, VRBO also released a list of the top origin cities showing where these guests are coming from.

In contrast with Vail, which largely relies on major metropolitan areas across the U.S., like New York or Atlanta, for many of its travelers — a host of Colorado cities are responsible for a lot of Breckenridge’s guests, according to VRBO.

Ranked No. 1 and 2, respectively, Denver and Colorado Springs accounted for the highest number of travelers booking Breckenridge through VRBO. The town also saw a strong turnout from Texans with Austin, Houston and Dallas filling out the bottom three slots of Breckenridge’s top five origin cities.

“The traveler origins tell you a lot about the appeal of specific destinations,” the VRBO spokeswoman said.

Additionally, it might influence rental rates. That’s because Park City homeowners could charge $690 a night, according to VRBO, while Vail’s homeowners could get top-dollar at $730 a night.

As for the homes being rented out by VRBO, the company’s “Premier Partner Properties” in Breckenridge are certainly nice ones, but they’re not necessarily the multimillion-dollar, mountain-modern mansions with ski-in, ski-out access.

One of the featured homes is a three-bedroom, three-bathroom condo with 1,550 square feet in the heart of downtown. It advertises comfortable accommodations for up to eight to nine people and rents for around the VRBO average.

Conversely, the one that charges $5,000 a night has eight bedrooms and five-and-a-half bathrooms with 4,600 square feet and advertises sleeping accommodations for up to 17 people.

According to data compiled by the accomodations website VRBO.com, these are the most popular ski destinations in the U.S. for the 2018-19 ski season. 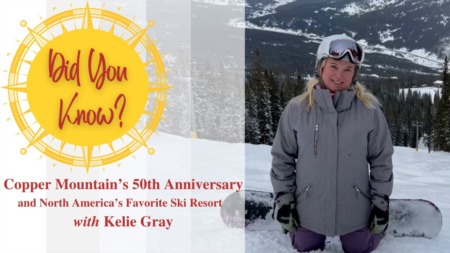