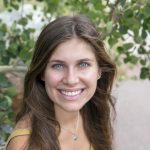 BRECKENRIDGE — A proposal for a new neighborhood containing 284 units in the northern portion of Breckenridge did not sit well with Breckenridge Town Council as members had numerous concerns about the plan. The proposal, which was presented to council by Tom Begley on behalf of the applicant, Miller Property, asked for an increase in density to the development, which is planned to combine deed-restricted, market-rate and lowered AMI-rate units.

Specifically, the proposal refers to an existing annexation...

To read the rest of the article click here.